History of the Museum. XVIII Century

«…to have the Cabinet composed of Russian and foreign minerals and fossil bodies, and henceforth thereof to be composed, available at the Mining School in a constant manner…»

The Charter of the Mining School decreed on June 28 1774, following the order of Her Imperial Majesty.

Catherine II's reign marked the beginning of a new stage in the formation of Russian museums. Yet it was Peter I who laid the foundation for it "... to serve the purpose of enlightening his subjects and awakening the interest of Russian society in the hard sciences."

Under Catherine the Great, Peter's idea of museums playing an educational role was implemented. On October 21 (November 1), 1773, alongside the Mining School, the Mining Museum was established, which had a significant role in developing mining education in Russia.

Even in the first charter of the Mining School, the Mining Museum, then known as the Mineral Cabinet of Russian and Foreign Mineral and Fossil Bodies, was said to be intended "not only for the students and teachers of the school but for curious visitors alike". 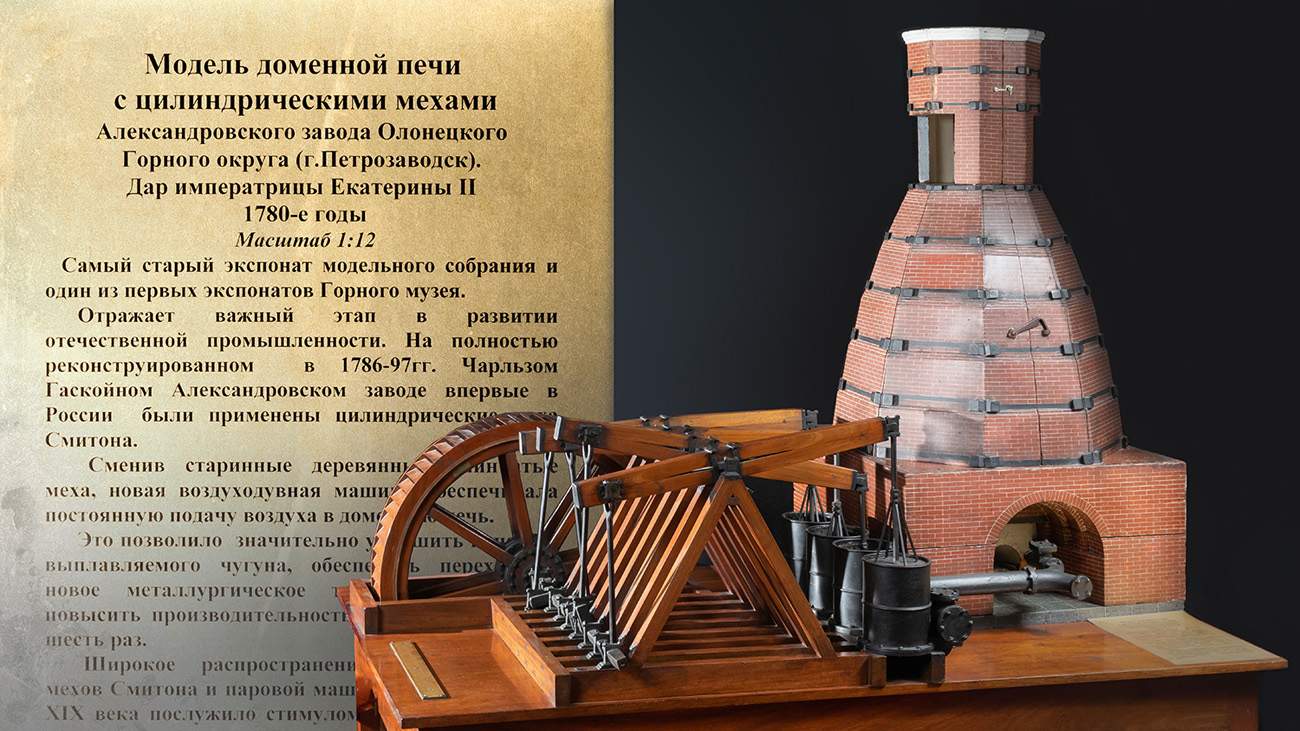 GIFTS OF THE EMPRESS

During Catherine II's era, particular attention was paid to forming and enlarging the collections of the mineral cabinet. Bashkir ore manufacturers headed by Ismail Tasimov suggested they allocate a percentage of the profits from metal smelting to support the capital-based Mining Shool. Similarly, all mining enterprises and deposits' owners in Russia were obliged to send the most outstanding samples of minerals, ores, and factory products to the museum.

The government allocated substantial sums of money to purchase new artefacts. In 1777 the mineral cabinet was shown to the royal guest of the imperial court – the King of Sweden Gustav II. Upon returning to Sweden, he sent the official gift to the museum - "202 samples of Swedish ores, salts, and rocks".

Catherine II provided endowments to the museum as well. These include, for instance, a model of the blast furnace from the Olonetsky Plant, which gave a start to the model collection. Another item is a massive 1,504-kilogramme lump of malachite from the Gumyoshevsky mine in the Urals. The empress herself received it as a gift from the mine's owner – Alexei Turchaninov. 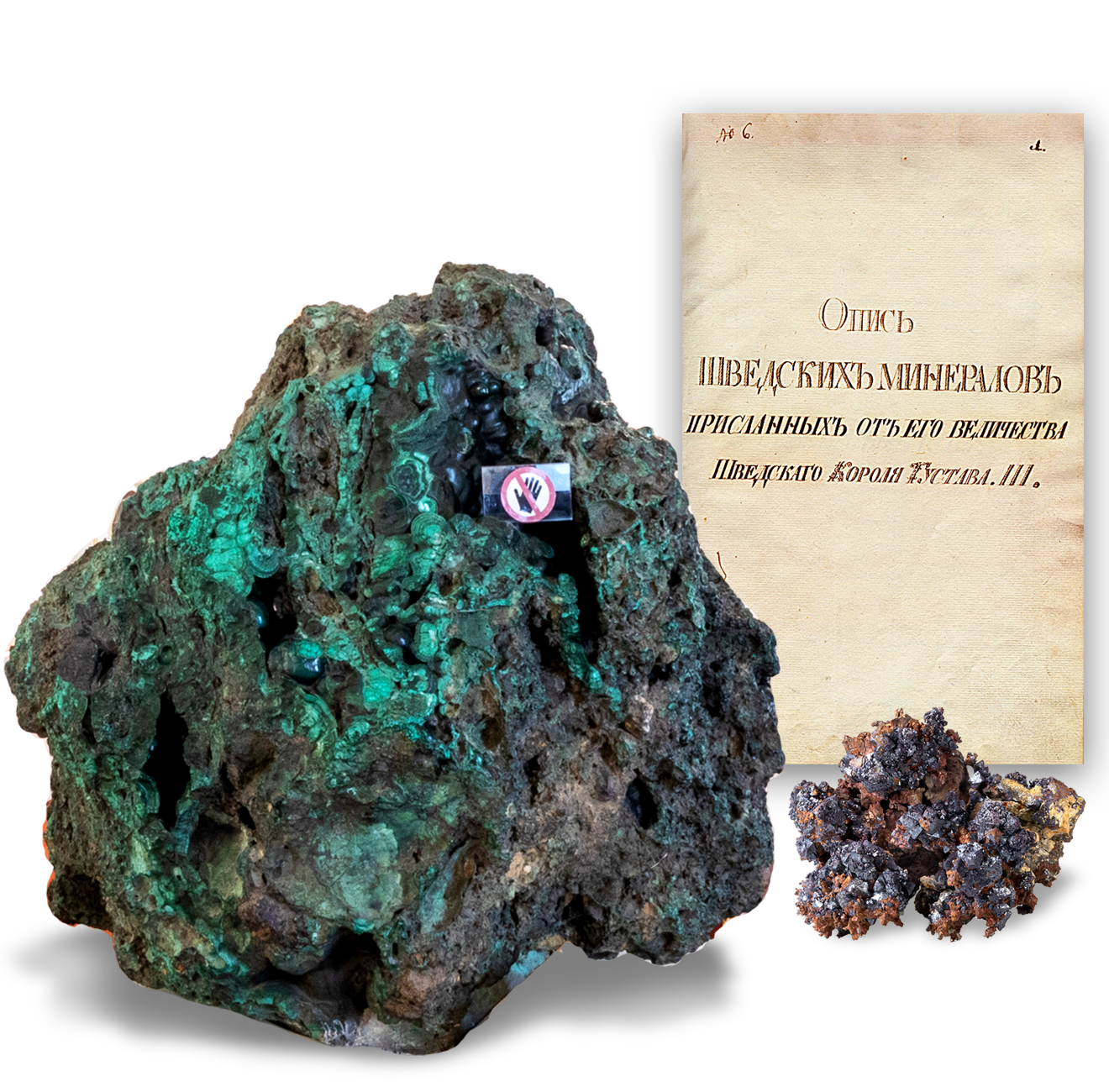 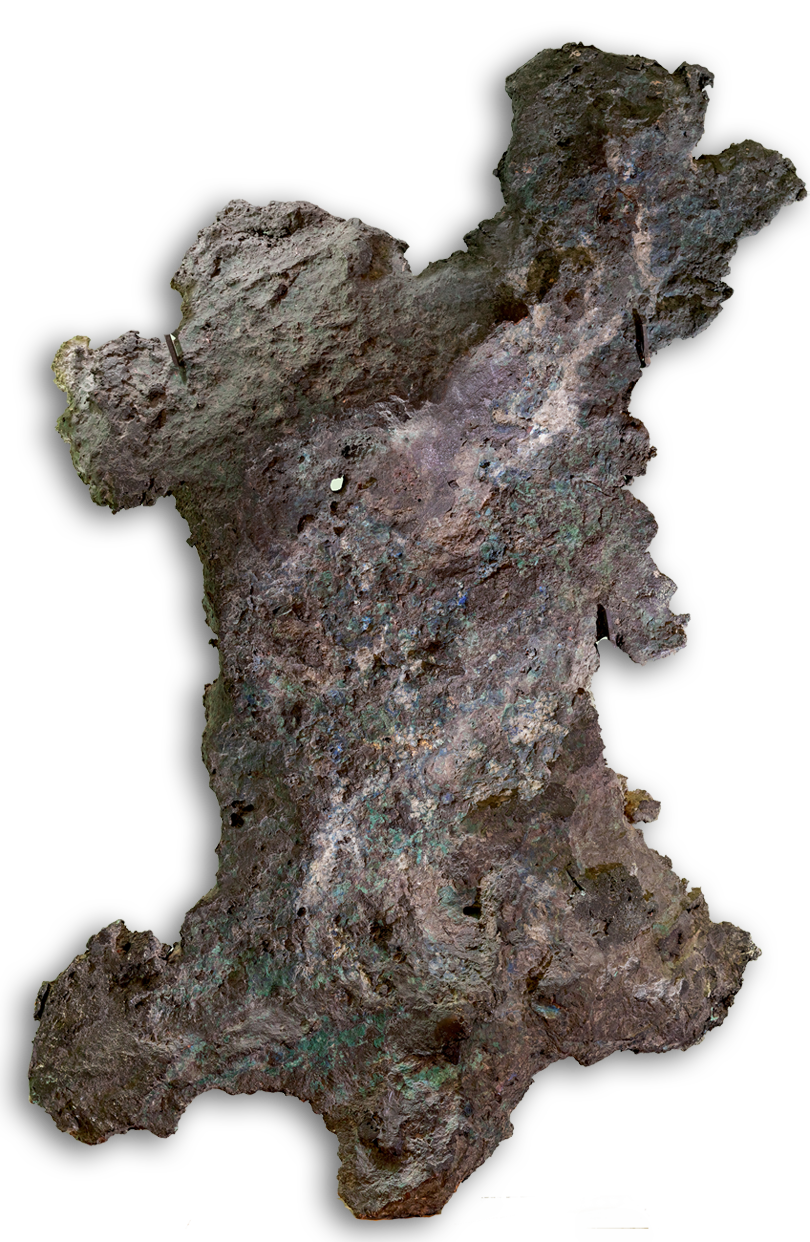 The collections were initially housed in several halls, which were rooms on the first floor of two small two-storey buildings previously acquired for the Mining School. However, by the mid-1780s, the number of rare objects and technical models had grown considerably. Therefore in 1787, Senator Pyotr Soimonov, director of the school, decided to construct a separate building, the first floor of which accommodated the double-lighted elegant and solemn Column Hall.

The records on replenishing the new museum with the first exhibits have survived in archives. In March 1785, Professor I. Renovans brought to St. Petersburg the samples of minerals and rocks from the Altai Mountains. These later formed the base of the current museum's collection. In 1786, Collegiate Assessor P. Ilman – future commander of the Mining Cadet Corps – acquired foreign specimens for the Mining School's mineral collection with the money from the Kolyvansky factories.

There are numerous mentions of new additions made to the mineral cabinet after 1796 in the Mining School's archival documents, with purchases, gifts from expeditions, donated and exchanged items amongst them. The first significant and valuable acquisition was the collection of Erik Laxmann – a member of the Saint Petersburg Academy of Sciences – bought by the museum in 1787. With time, this replenishment, likewise the previous additions, was merged into the vast museum's mineral collection.

By the late 18th century, the museum at the Mining School had become so widely known that in 1794 Johann Georgi described it in the first guide to St Petersburg:

"The minerals are placed inside glass cabinets and arranged in a systematic order by Herr Ober-Bergmeister and Chevalier Renovans. Considerable collections of various minerals are kept therein, amongst which the most noteworthy is the collection of cobalt. The only memorabilia here: a piece of drip-stone malachite from the Ural Mountains of 3,896 Russian poods in weight; a hollow eagle of about 4,000 poods in weight, covered on the inner surface with drip-like bloodstone".

When Pyotr Soimonov's work as a director of the Mining School was over, there were already over 30,000 exhibits in the collection of the Mineral Cabinet.

Probably the most significant and most expensive purchase was made by the museum in 1802. By order of Emperor Alexander I, 50,000 roubles were taken from the treasury to acquire a collection of foreign minerals from Jacob Forster, an English mineral collector. Amongst them were large nuggets of gold, platinum, and silver, as well as gemstones magnificent by their shape, size, and condition. 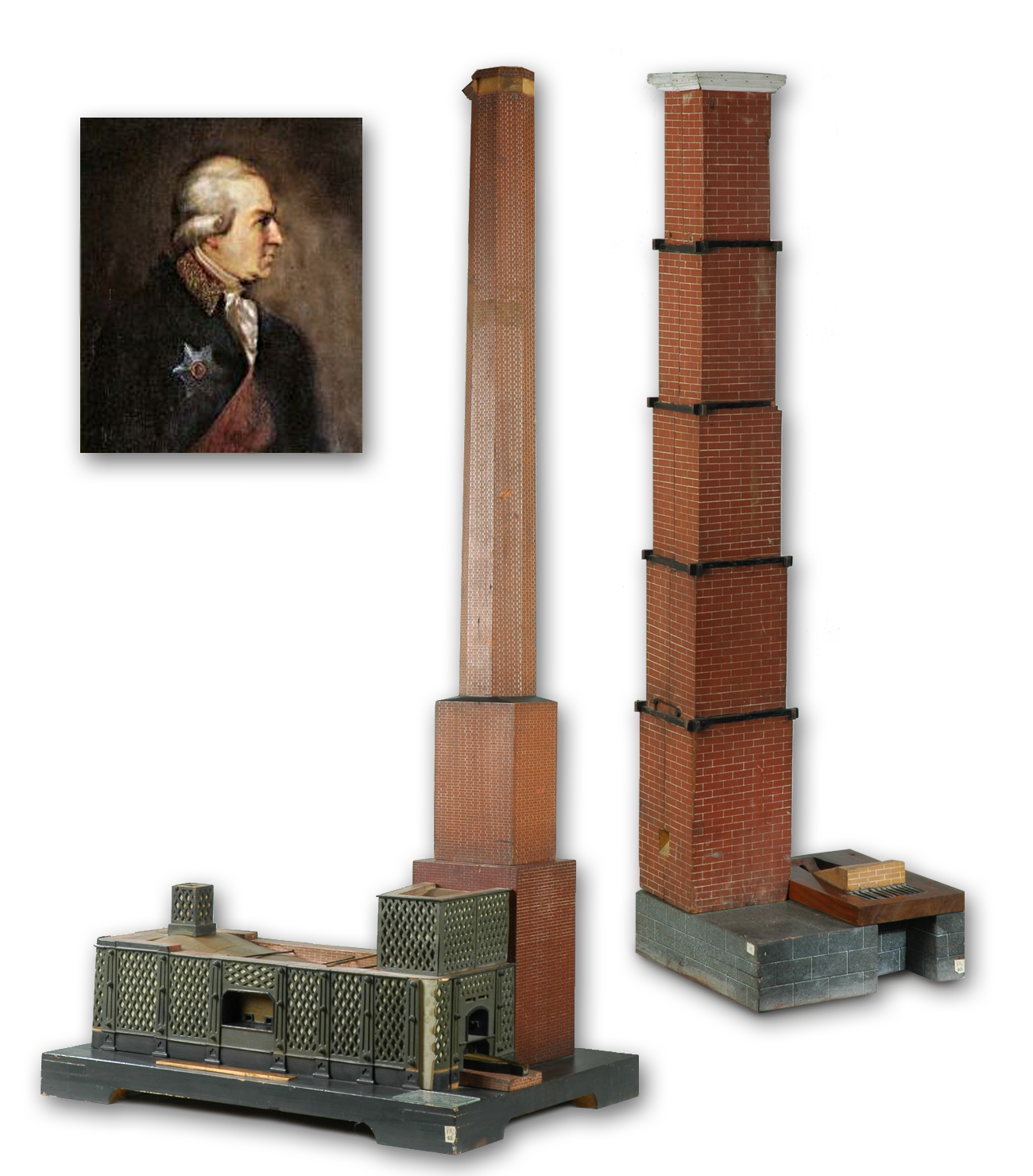